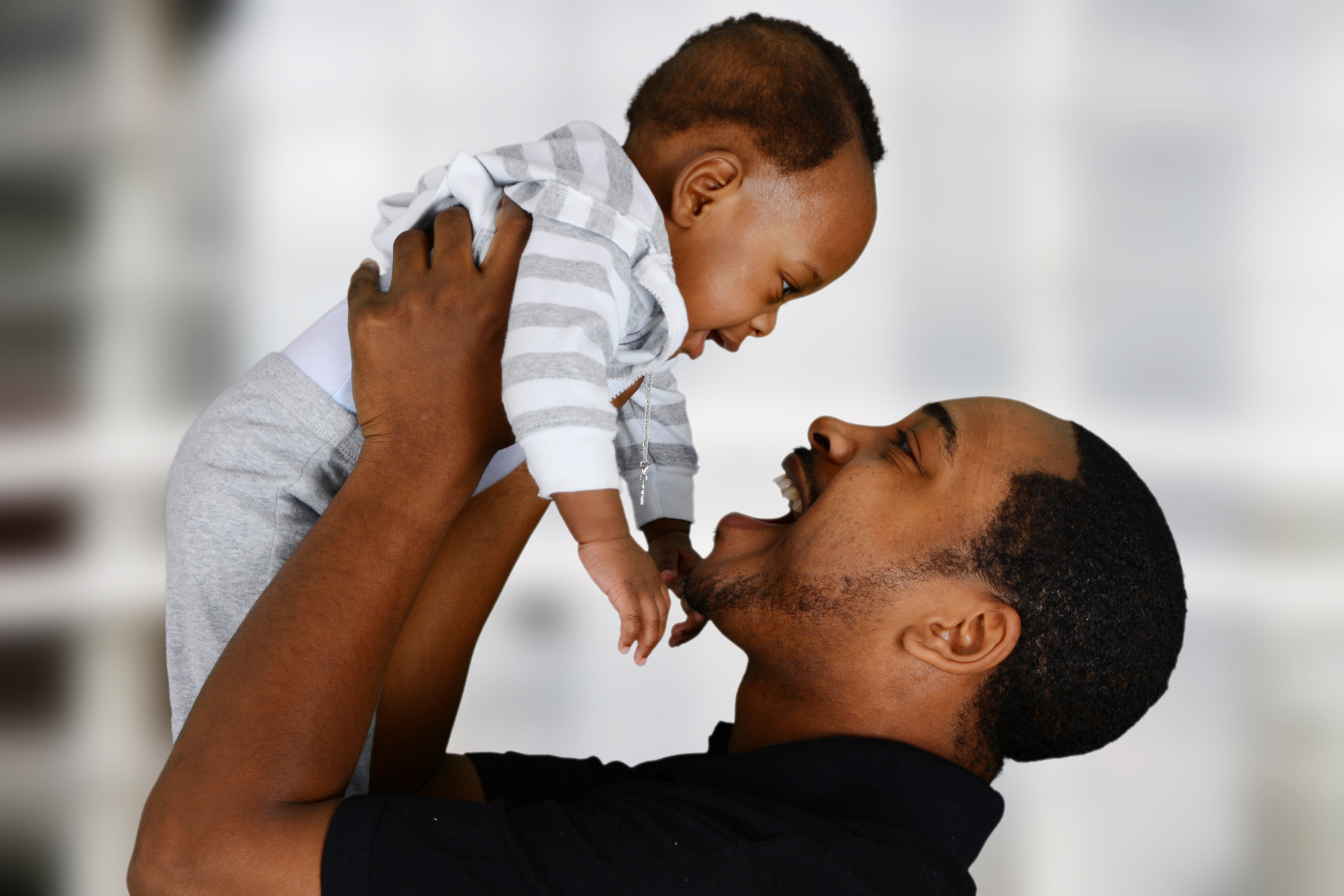 If you had to choose, which would you rather have: a healthy father or a good father?

Studies suggest men often choose being a good father over being healthy.

Becoming a father is a major milestone in the life of a man, often shifting the way he thinks from being "me focused" to "we focused." But fatherhood can also shift how men perceive their health. Our research has found that fathers can view health not in terms of going to the doctor or eating vegetables but how they hold a job, provide for their family, protect and teach their children, and belong to a community or social network.

As founder and director of the Center for Research on Men's Health at Vanderbilt University and as a postdoctoral fellow from Meharry Medical College, we study why men live shorter lives than women, male attitudes about fatherhood, how to help men engage in healthier behavior - as well as what can be done to reduce men's risk of Type 2 diabetes and heart disease.

Working with men to try to get them to be more physically active, eat healthier and maintain a healthy weight, we found that for many, their own physical and mental health is not high on their list of priorities. Men, we found, treat their bodies as tools to do a job. Health is not always important or something they pay much attention to until poor health gets in the way of their ability to go to work, have sex or do something else important to them. These roles and responsibilities are often the ways they define themselves as men and how others in their lives define their worth.

While many aspects of gender roles have changed, we have found that many men still recognize they are often defined as good or successful if they have paid employment that is enough to take care of their children and other responsibilities. Fathers generally aspire to be able to look after their children, spouse, partner or other loved ones. That may mean less sleep, longer hours at work and less free time for hobbies and exercise.

Wanting to be a great dad can motivate men to push themselves to work longer and harder than they may have thought possible, but these choices can come at a cost, particularly if they also are not making time to take care of themselves.

We have seen evidence of despair, such as depressive symptoms, having thoughts of suicide, heavy drinking and marijuana use, among adults in their 20s and 30s. These behaviors tend to be higher in men during the time when they tend to become fathers for the first time. Consistent with this pattern, unintentional injuries and suicide are leading causes of death for men across racial and ethnic groups in their 20s and 30s. This is not the case for women.

By age 45, heart disease and cancer are the leading causes of death for all groups of men. These chronic diseases can be prevented, to some degree, by not smoking, eating healthier foods and drinking less alcohol. Also, improving sleep, sitting less and moving more are important behaviors for good health.

Rather than trying to restart these behaviors after taking a break from them for a number of years, studies have found that it is important to help men keep healthy behaviors a part of their lives as they age.

As men age, they may not make deliberate choices to engage in less healthy behavior, but they may just do so because their lives and environments make unhealthy choices easier than healthy ones. Policymakers have to think about how to make it easier to make healthy choices in men's daily lives and to incorporate health into the time fathers spend with children and family or at work. Men don't have equal access to healthy foods or the same opportunities to go to the doctor, be physically active or earn a living wage, and yet, if asked, they all want to be healthy and have a positive influence on their children and families.

Where does making time for their own mental and physical health fit into dads' busy, stressful lives? We have found that it will be different for every father, but loved ones have to help them find a way. Based on our research, we believe that families, particularly women in men's lives, can play an important role in encouraging fathers to eat healthier and take better care of their health.

Wives in particular often provide emotional support, offer advice, facilitate men going to the doctor and promote healthy behavior. Wives, daughters and other women in fathers' lives are important sources of information about men's health, and they often play a key role in helping fathers and other men better understand and cope with stress.

As we celebrate fathers, it is important to recognize that fathers, generally speaking, may not place health at the top of their priorities. Many fathers gladly sacrifice to see their children happy, safe and successful. The problem is that if fathers think only about these goals, their own health can often suffer.

[ Thanks for reading! We can send you The Conversation's stories every day in an informative email. Sign up today. ]

The Trebek effect: The benefits of well wishes